And so too without abnormality
Without that ‘one ‘
Can there be normal?
Without delusion
Can reality prevail?
Without the mask
What really is there
The possibilities
Swimming in a sea
An ocean
Of possibilities
On the spectrums of odd
Weighed in the scales of reason

Lives being lived
Unfolding in the rainbow
The wavelengths of colour
Each as precious as the next
Refracted through a prism
To bend light
Curving whiteness
To bring brilliance
All realities warped
In hues; in shades
Of colour
For maybe everything is normal
Or maybe normality just doesn’t exist

Come dance a tango throughout life
Conjoined by unseen string
The glue that like a magnet leads
Emotively to cling. 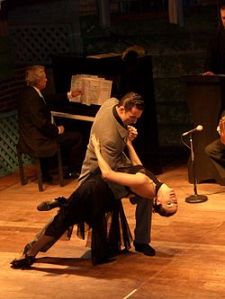 There’s an odd idiosyncrasy
About the politicians in this land
That sits in stark contradiction
To the facts on which they stand
And that is on the matter of behaviour
With their manifestos out to drive
Improved conduct and performance
In our younger people’s lives.

But have you ever sat and listened
To MPs discuss and then debate
For the Commons becomes a farmyard
And the noise they make’s not great
With their grunting and kafuffle
General heckling and jeers
There’s little that’s polite;
An abuse upon the ears!

They stand and shout at each other
And call each other names
Yes one recently referenced others, monkeys
Jumping about all the same
For the noise he said was irrelevant
Well that’s a fine fit state
For these people debating conduct
Are supposed to be first rate

But the bigger question that’s apparent
Is what they will achieve
With their tiffs and with their tats
For it’s hardly decorum to perceive
For such raucous behaviour
Does not portray an educated breed
And is surely not a good example
For younger people then to heed.

So to our politicians
In your parliamentary halls
A little less banter if you wouldn’t mind
And more propriety in your calls
So that when behaviour’s up for confab
Young people will agree
That the points you make are worthy
And want to follow and copy!